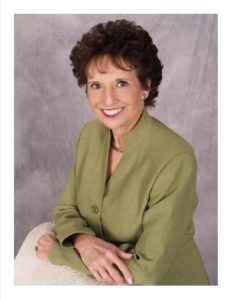 The Junior League of San Antonio, Inc. is pleased to announce that Marilyn Eldridge will receive the 2006 Junior League of San Antonio Volunteer Extraordinaire Award at a luncheon to be held on Tuesday, March 21, 2006. She joins a remarkable list of past recipients. Given each year, The JLSA’s Volunteer Extraordinaire Award is presented to a Sustaining member of the league who exemplifies the true spirit of voluntarism by serving others through time and effort in our community.

Her passion for helping others has garnered Marilyn’s national attention through recognition and commendation in Time Magazine for her innovative work in the area of adoption and the creation of Adoption Affiliates, of which she is the President and Chairperson of the Board of Directors.

“The many and varied civic organizations to which Marilyn has given her own gracious style of leadership clearly demonstrates the depth and breadth of her talent and interests,” said Honey Shepard. “She is efficiency with a smile, eloquence wrapped in charm and innovation with energy. Marilyn is always open to new ideas, and she is tolerant and tactful with everyone she works.”

Marilyn’s many interests and projects often keep her working late into the night—a reality to which her husband, Huard, has become accustomed, even quipping that he’s “learned to sleep with the light on!”