As a member of the Junior League of San Antonio I am often asked, “Why do y’all call yourselves Junior League?” Honestly, I don’t know. Why is the Junior League not simply called “The League” or the “League of Extraordinary Women” (I’m quite fond of this name) or the “Women’s League?”

Presently, the term “Junior” is often associated with children and teens. The word Junior regales us of images such as our junior year of high school, children’s organizations and fun size candy bars. 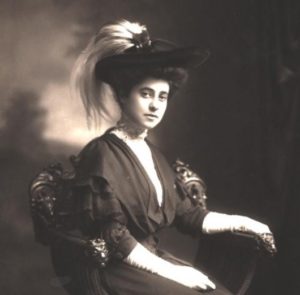 Mary Harriman, the founder of The Junior League, was a woman who carefully chose her words, because of this I thought to grab ye ol’ dictionary. According to Webster’s Dictionary the word Junior is defined as:

(a) Less advanced in age; (b) Designed for young people

In 1901, 19-year-old Mary Harriman, along with eighty-five other young women, was in the process of making her debut in New York. Ahead of her time, Mary was aware of the great changes in her city.

As thousands of immigrants arrived daily at Ellis Island, coming to America to find work in the often unsafe and spirit-crushing conditions of the Industrial Revolution factories and sweatshops,  arriving in great numbers that found tenement housing in immigrant neighborhoods was crowded far beyond capacity (Association of Junior League International). Mary, felt that these debutantes were an untapped resource that had the responsibility, opportunity, time, and means to make an important contribution to their community. With a charter to improve the living conditions of the city’s poorest neighborhoods, 80 young debutants joined together to form our first Junior League – The Junior League for the Promotion of Settlement Movements.

These eighty women were in their late teens and their group was specifically organized for young ladies to enrich their own lives and “aid in the solution of a great city” (Association of Junior League International). Mary Harriman and the members of the first Junior League chose the word Junior to precisely display the youth of its members.

Although today we do not accept members till they are at least 23 years of age, our members are still young in the grand scheme of entering into what, for many of our members, will become a lifetime dedication to our community and service. So in this respect, we are still juniors. The Junior League attracts young dynamic members who seek to learn more about their community, how to volunteer, and to give with the same servant spirit Mary Harriman once shared with her fellow Junior League members.

You’re never too young to begin making a difference!

Interesting Factoid: The term Junior Leaguer is a noun and actually appears in the Merriam-Webster Dictionary defined as:

A member of a league of young women organized for volunteer service to civic and social organizations.

Webster notes that the first known use of the term Junior League was in 1903, just two years after Mary Harriman and her friends organized the group.