In 1968, the World’s Fair was held at San Antonio’s HemisFair Park under the theme “The Confluence of Civilizations in the Americas,” which celebrated the many nations that settled this region. The Junior League of San Antonio partnered with HemisFair on several projects and provided volunteers to man some of the most essential stations.

JLSA members opened up their homes to house foreign children for the cultural exchange participation in the area titled “junior experiment in international living.”

As members of the Multi-Lingual Fair Ladies Corp, some JLSA members served as VIP hostesses that escorted VIP visitors on tours and were trained to handle emergencies “gracefully.” Many VIPs included foreign dignitaries and heads of state, including our very own President Lyndon Johnson. It is hard to say exactly which VIP guests our JLSA members escorted, but we can only imagine it might have included such people as Princess Grace Kelly and Prince Rainier of Monaco, Bob Hope, or Louis Armstrong—all of whom visited San Antonio during this time. 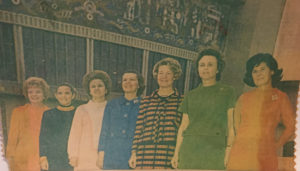 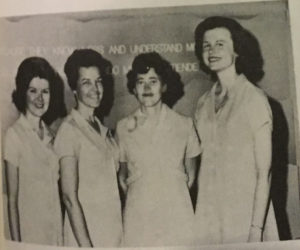